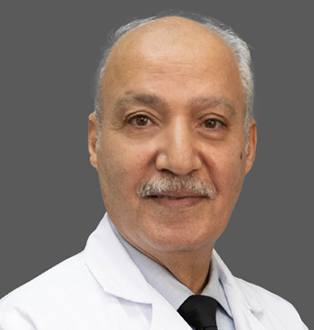 Dr. Ashraf Shatla had practiced as a Neurosurgeon since his graduation from Edinburgh University in 1990. He practiced his specialty as Consultant Brain & Spinal all over the world in Europe, North America and the Middle East.

Dr. Shatla’s work has extended to a new era of functional neurosurgery using recent neuronavigation and stereotactic surgery, allowing the most accurate and precise techniques for brain and spine surgery and for recent minimal invasive spinal procedures for spinal pain, endoscopic discectomy for back and neck pain surgery, brain and spinal tumor surgery, aneurysm and AVM vascular brain surgery.

Dr Shatla spread his expertise in Neuro – Spinal field in the Middle East Healthcare industry and recorded a genuine success in treating patients, adults and children with amazing results since he brought his practice to the UAE in 2011.

His previous experience had been at the Edinburgh hospital university in the UK from 1990 till 1998, at the king Feisal university hospital, KSA from 1998 till 2004 and at the McGill university hospital in Montréal, Canada till 2011 as neuro and spinal surgery consultant where he expanded his work experience using top technology such as neuronavigation for brain and spine surgery, on epilepsy surgery, vascular cerebral Aneurism and AVM brain and spine surgery, micro vascular decompression surgery, pediatric neurosurgery for CNS anomalies intraoperative brain and spine functional monitoring and intraoperative CT imaging technology. Dr Shatla continues to practice presently in UAE since 2011 as consultant neurosurgeon at premier hospitals